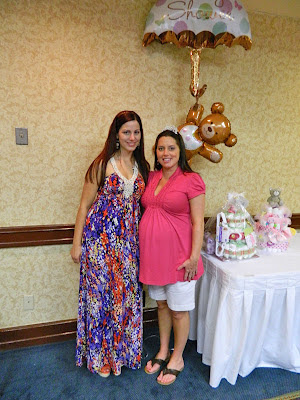 Yesterday I hosted my best friend, April's baby shower. We had it in a banquet room at the Ramada Inn hotel. The theme for the baby shower was pink and brown teddy bears. I found the adorable bear banner on Etsy. I purchased two of these banners from Calladoo on Etsy. 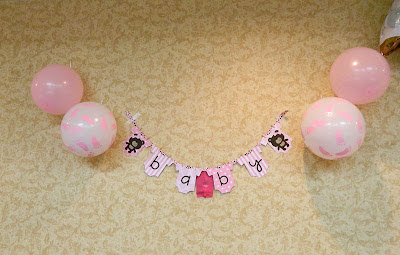 Calladoo also made the super cute door sign to match. 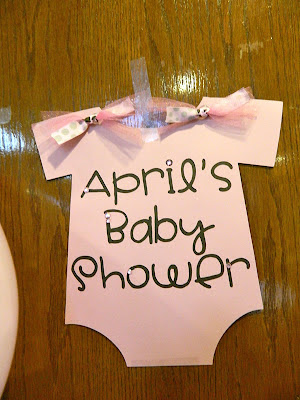 For the tables, we put little bears inside pink pails and scattered teddy bear confetti around them. 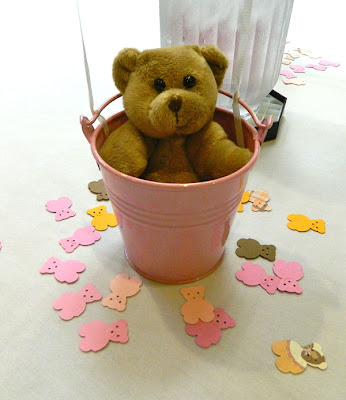 We then attached plain pink and pink baby feet balloons to the pails. I purchased the pink pails at galvanizedpail.com, and the adorable bears and balloons from oriental trading company. I found the super cute teddy bear confetti on etsy and it was created by vintagehillcreations. 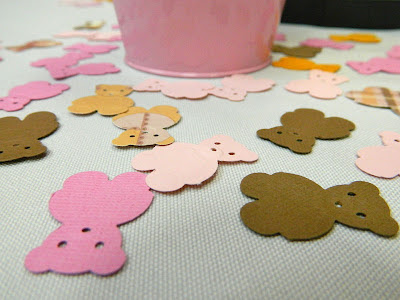 The gorgeous cake was made by the talented Vanessa Mitchell who had also made Xiera's fairy mushroom birthday cake. 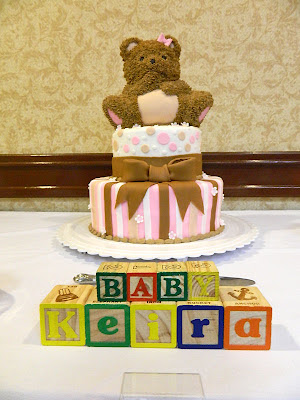 Vanessa outdid herself yet again because this cake was absolutely adorable and almost too cute to eat! I am loving that little pink bow on the bear's ear! 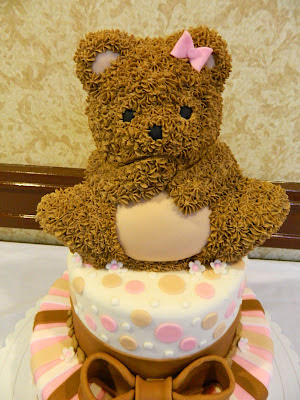 I put little bowls on the cake table filled with gummy bears and teddy grahams. 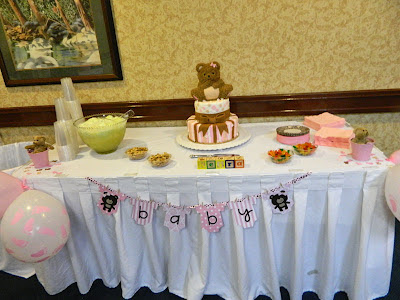 As all of our guests came in, we had them fill out these sweet little baby well wishes cards as a keepsake for April. I had purchased these cards on Etsy and they were created by erinsartwork. 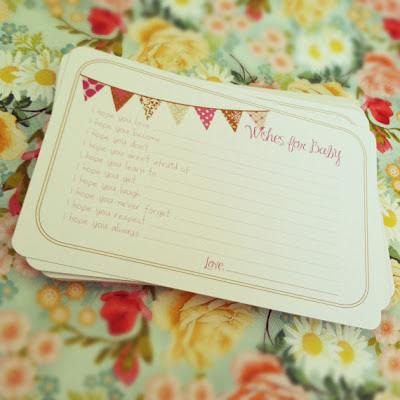 If anyone brought in any diapers or wipes, we had them fill out a ticket to put into the larger pink pail for the special door prize drawing. Once all of our guests had arrived, and finished eating all of the delicious food we had, it was time for games!! For the first game, we had baby word scramble. Whoever could unscramble the most words in three minutes correctly wins. 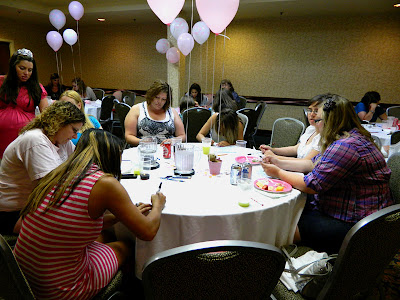 Of course we had a 5-way tie and we had to have them guess a number between 1 and 50 to see who could guess the number April chose without going over. For the second game we played the toilet paper square game. Whoever could guess the correct amount of squares that go around the largest circumference of April's pregnant belly wins. The answer was 11. We had a 2-way tie for that one, so we had to have another tie breaker, guess-the-number game. For the third game we played Baby Shower Bingo. Everyone got a blank bingo card and had to fill in what they thought April would open. As April opened her gifts, they would mark off what they wrote on their card. Whoever got five in a row yelled out "Bingo" and won. 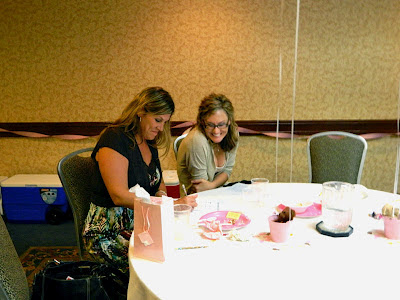 April had so many beautiful gifts! 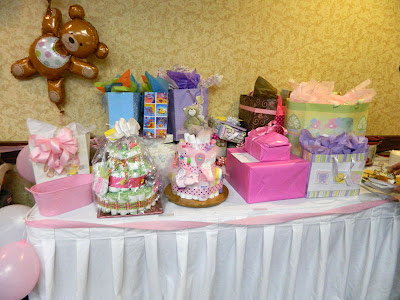 She had a lot of help opening those gifts from big-sis-to-be, Emma. 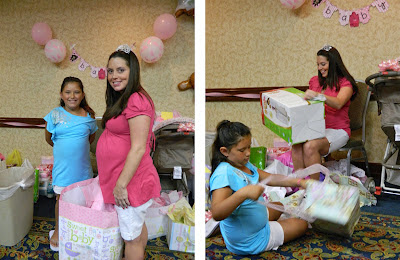 My gift to April and baby Keira was a pink bear baby blanket I crocheted. I think it turned out adorable and April LOVES it. 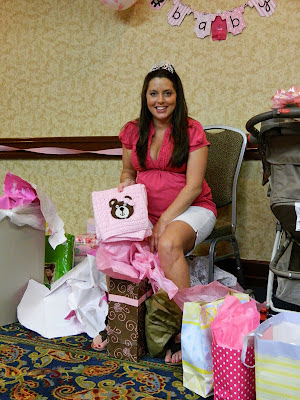 Here is a close up of the blanket and the bear on it.

I had also made a matching baby bear hat that I had given to her earlier as a game gift (because mommy-to-be had to get a gift for each game played. ;)) 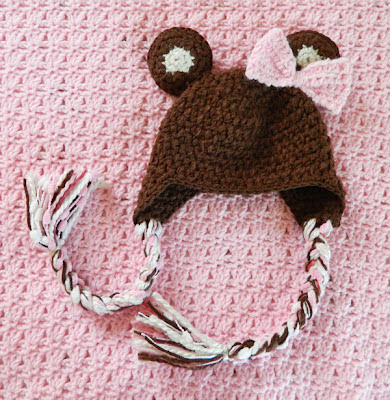 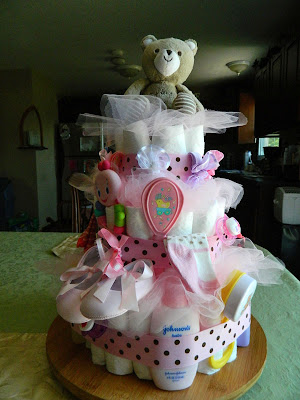 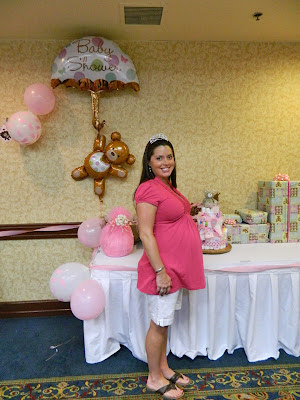 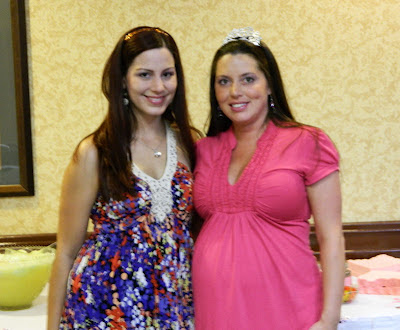 Posted by crochetdlane at 6:12 PM