Valentine's Day has to be one of my favorite holidays. I adore all things pink and red, topped off with hearts. This year Xiera had to make her own Valentine box at home. She said she wanted to be unique and bring in something other than a shoebox or oatmeal shaped container. She suggested a mailbox shaped box. I searched and searched online and finally found a website that inspired the perfect box. 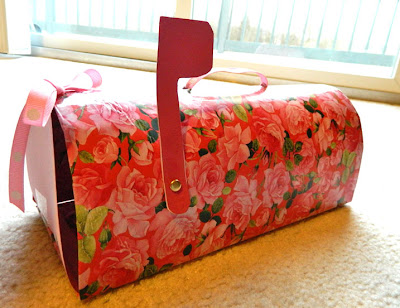 I found an old clothing box lid downstairs and cut off three of it's sides. 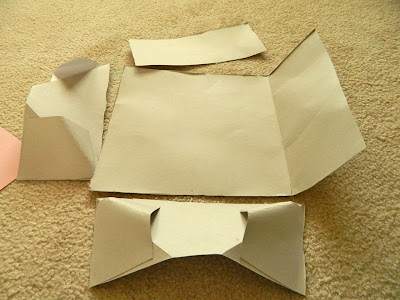 Then I used wrapping paper, (I found a roll of wrapping paper with roses on it that I purchased awhile back at the local Dollar Tree store.) and wrapped up the largest part of the box lid and the side I did not cut off. 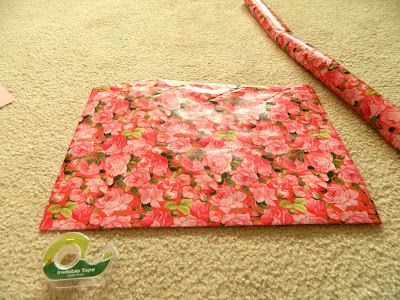 After wrapping, I folded the box into the shape of a mailbox using the side as the bottom of the mailbox. Using box tape, I taped it together. 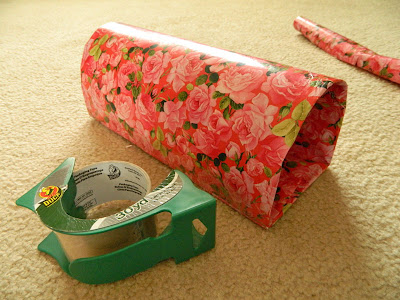 I then took a piece of pink cardstock paper and traced the end of the mailbox. I drew a few tabs all the way around and a larger one for the end and cut it out taping the tabs to the inside of the box. 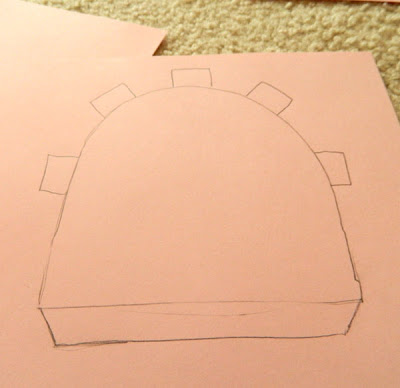 Next, I traced the front opening and drew only the bottom flap. 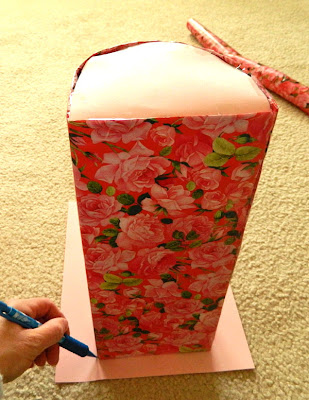 After cutting it out, I taped the bottom flap to the bottom inside of the box.
I took a hole punch and punched a hole on the top front of the box and top of the front lid. 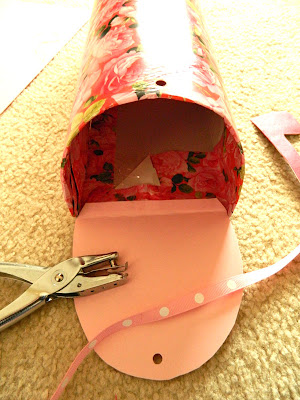 I used a scrap piece of ribbon and threaded it through both holes. This is what we used to open and shut the mailbox, tieing the ribbon into a bow to close the box and untieing it to open. I also used a little box tape around both holes to make them sturdier and less likely to rip and tear. 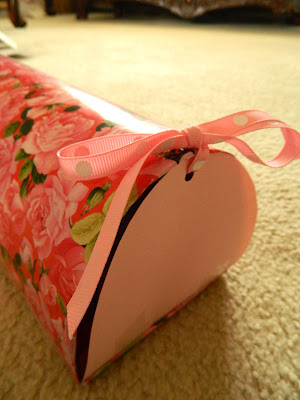 I took my pencil and poked two holes at the top. 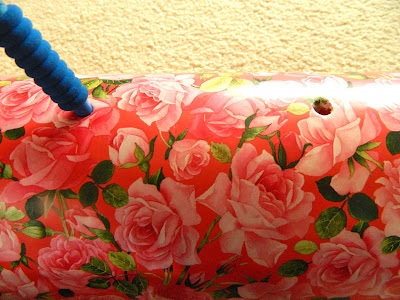 I then threaded a scrap piece of ribbon through both holes and tied a knot. I pushed the knot through one of the holes to make a ribbon handle. I used box tape again around both holes to make the holes sturdy. I used a scrap piece of red construction paper to create a flag. After cutting it out, I realized how flimsy it was, so I glued the flag to one of the leftover sides that I had cut off from the box. 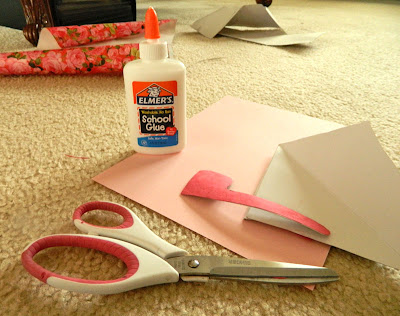 After cutting out, I attached the flag to the box using a brad.
Xiera then decorated it with sequins, buttons, fake flowers, and foam letters and shapes to make it her own. 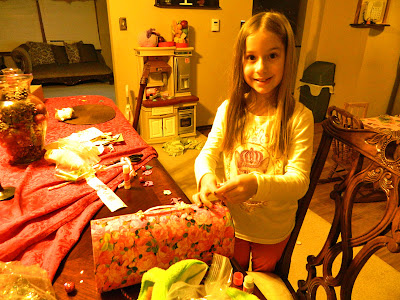 I hope everyone had a wonderful Valentine's Day!

Posted by crochetdlane at 9:59 AM