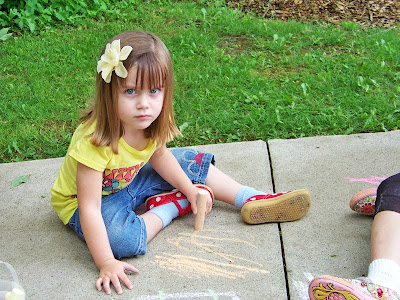 This morning started out like any other morning. I got Xiera on the school bus and planned on a funfilled day of shopping with Zelly Belly for Xiera's upcoming birthday. After breakfast I brought Zella into her room to figure out the daily dilemma...."What should she wear today?" After we settled on a cute Gymbo outfit, I laid her down to change her morning pull-up (Sadly yes....we are still not quite out of the potty training phase.) I began putting on her new pull up and shorts. Once they were around her legs, I asked if she was ready to sit up. She held out her hands and I took her by the wrists and hands and pulled her up into a sitting position. That is when something went VERY wrong! Zella began crying and holding her right wrist. It wasn't a normal cry. It was a cry of serious pain. I began looking her wrist and arm over. I tried to move her wrist and she screamed even louder. I knew something was seriously wrong and called hubby upstairs. He examined her wrist and arm and told me to call the doctor immediately. She just kept holding her wrist close to her body sobbing. I felt so completely helpless and utterly guilty! I took her in to see our pediatrician soon after. Once the doctor came in to look at her wrist, she began moving her wrist around and pulled her arm back against her body in an upward motion. Then something popped back into place, and immediately she was all better and able to move her arm as if nothing even happened. The doctor informed me that she had what is known as Nursemaid's Elbow. It is the dislocation of the elbow joint caused by a sudden tug of the extended arm. The doctor said this is seen a lot in children between 1-3 years of age. She did not need to have an x-ray done or wear a sling or cast home. I was so overwhelmed with relief!

NEVER again will I pull a young child by their wrist or hands, even the slightest, for any reason what so ever! I have learned my lesson! So PLEASE pass this information around so that you can spare a child from this painful and traumatic experience. 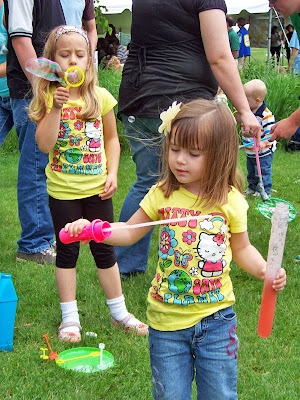 Posted by crochetdlane at 5:05 PM